SmartScreen prevents me from installing your software. What should I do? Print

Because our software is recently released software, when you try to install any of our applications on Windows, it might be intercepted by the SmartScreen filter as "untrusted".

Windows shows a blue warning: "Windows protected your PC - Windows Defender SmartScreen prevented an unrecognized app from starting. Running this app might put your PC at risk." like the below screenshot: 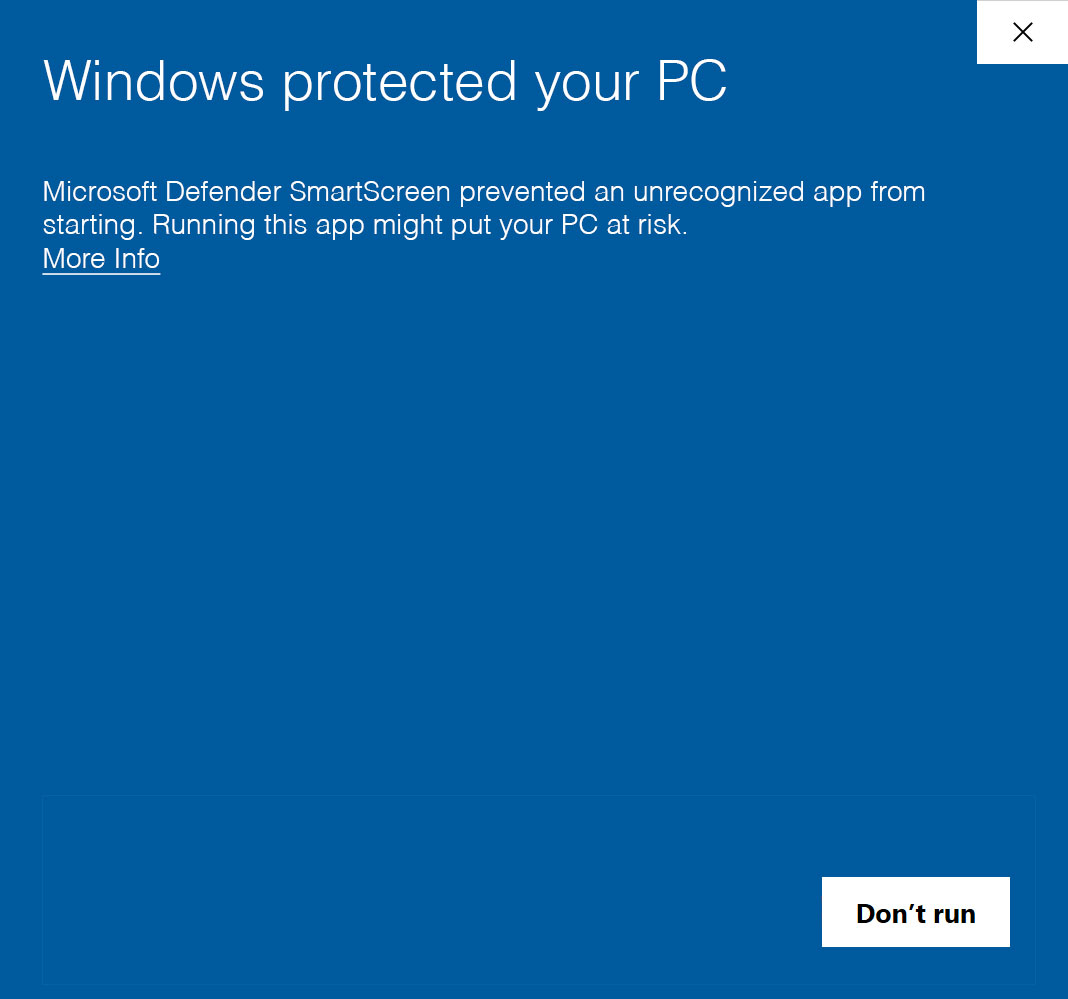 According to Microsoft, Windows SmartScreen alerts users before running unrecognized programs downloaded from the Internet to protect users from malware.

In general, SmartScreen Protection shows the above message when you try to run a newly released program or an application that has not yet established a reputation.

In the meantime, to proceed with the installation when you receive a Windows Defender Smartscreen warning message, click on More info . . . 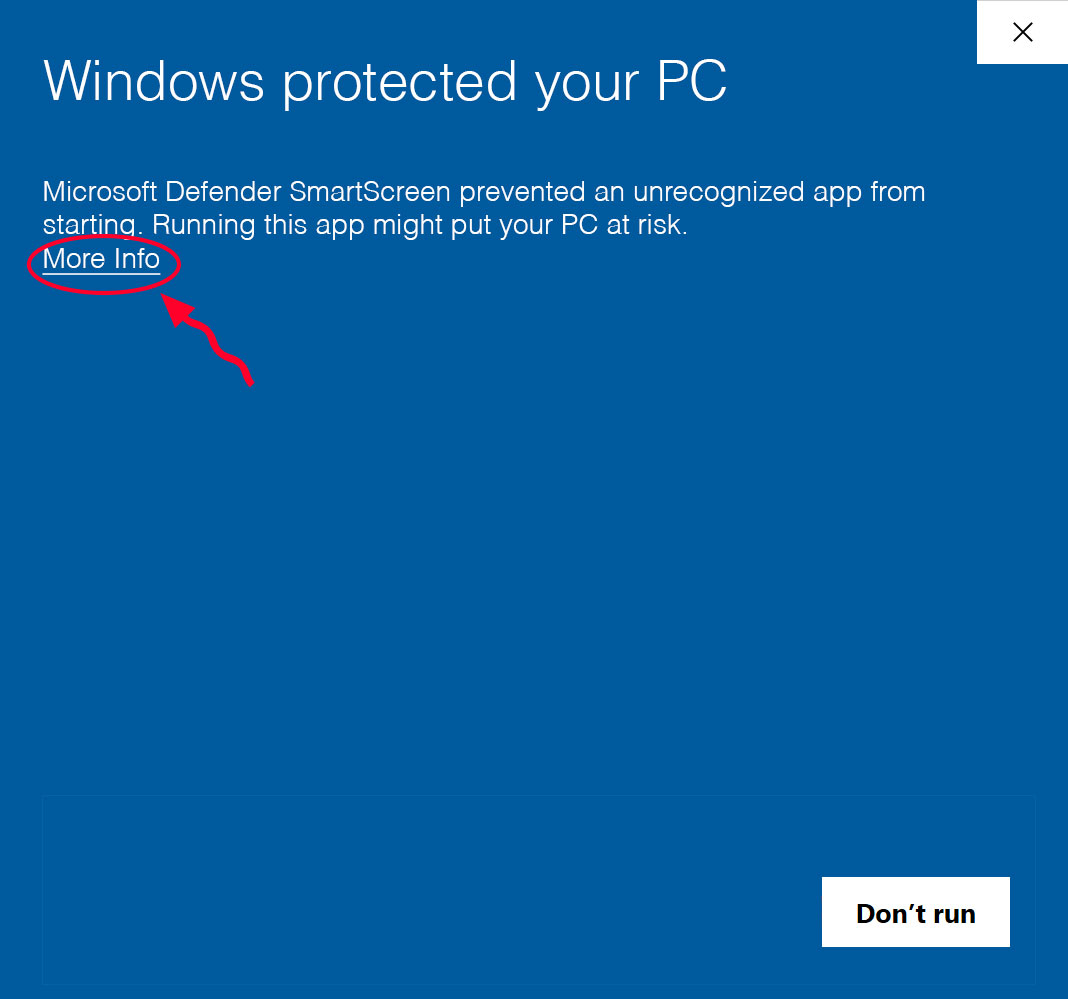 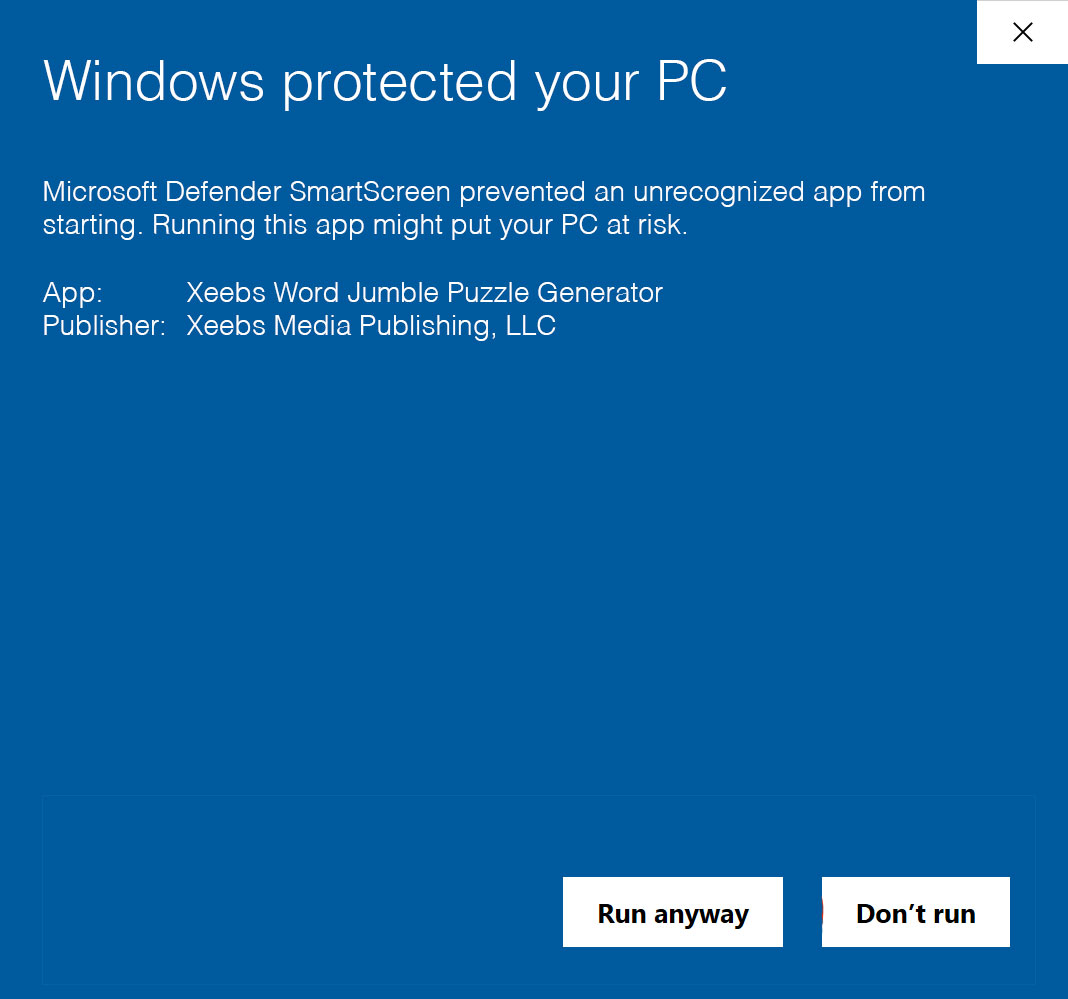 The app will then start installing on your computer.

Did you find it helpful? Yes No

Send feedback
Sorry we couldn't be helpful. Help us improve this article with your feedback.